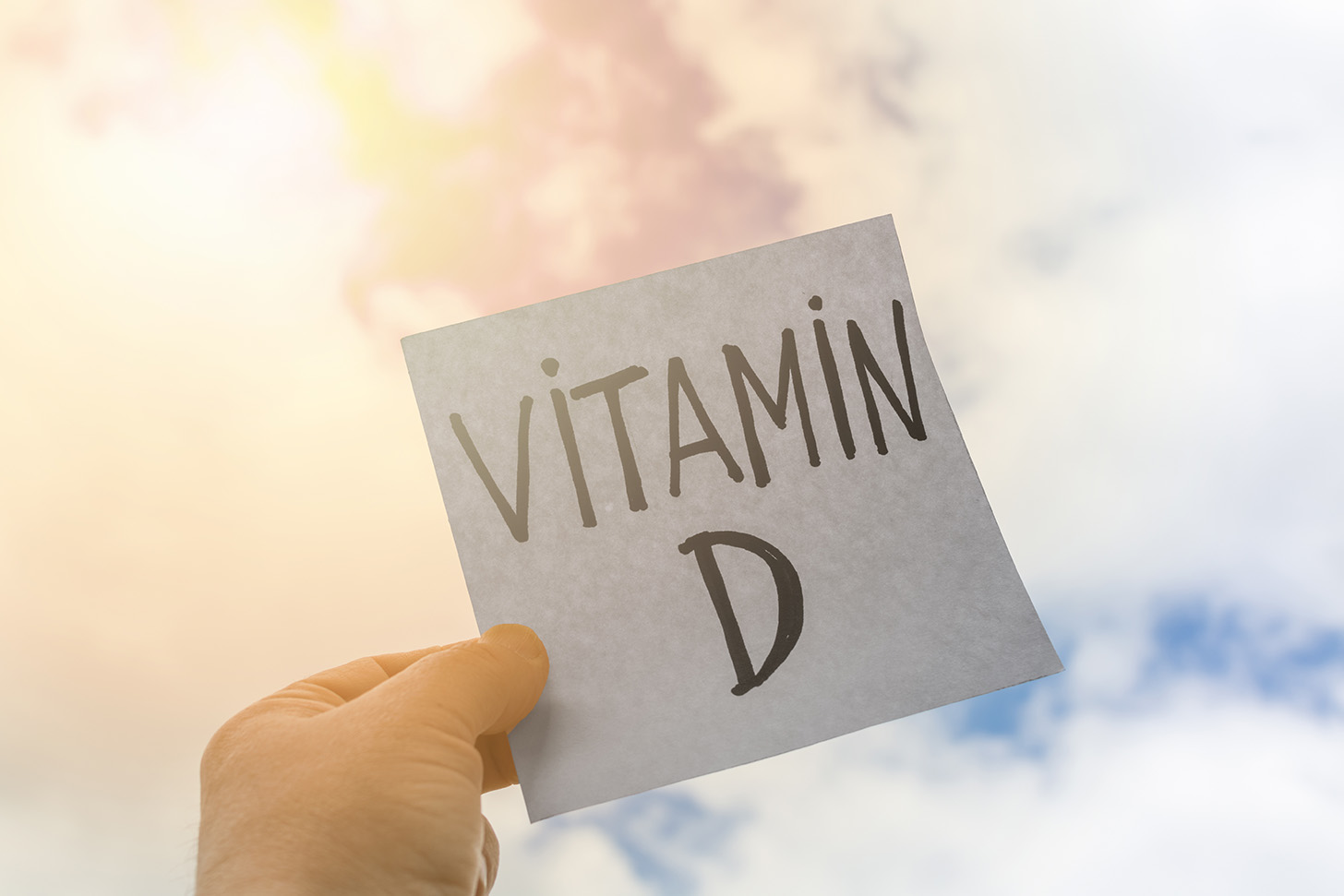 Vitamin D is called the ‘sunshine vitamin’ because our bodies produce it when we expose our skin to the sun’s UVB rays.

We need adequate vitamin D for numerous reasons — it performs important roles in the body, including promoting calcium absorption for optimal bone health, and it regulates the expression of more than 200 human genes.

Vitamin D is also vital for optimal performance and immune system function, and low levels are associated with a higher risk of heart disease and diabetes, as well as higher body fat, depression, breast cancer risk and adverse pregnancy outcomes in women.

However, we generally spend less time outdoors in the sun these days and when we do, we’re often lathered in broad-spectrum sunscreens that block all UV rays.

We also typically get less diet-derived vitamin D through the food we eat, especially those who avoid dairy due to a milk allergy or lactose intolerance or adhere to a strict vegan diet. For these reasons, vitamin D deficiency is a growing health concern worldwide.

A simple and effective solution is to get more sun and eat vitamin D-rich foods. You can also look to fortified foods and supplements to boost your vitamin D levels.

When going the supplement route, you’ll find vitamin D products in various forms, including powders, capsules, tablets and sprays. So which is best?

Well, the first important point to consider is that your body creates the usable form of vitamin D from different forms of this fat-soluble vitamin, specifically vitamin D2 (ergocalciferol) and D3 (cholecalciferol).

While tablets and capsules are the most common form of vitamin D3 supplements available, an effective way to boost vitamin D3 levels is with a sublingual (under the tongue) spray.

The bioavailability of vitamin D supplements may differ among individuals due to variable rates of absorption and metabolism in the body, and various digestive issues.

For example, a study published in the AACE Clinical Case Reports journal highlighted the fact that people “with malabsorptive diseases such as Crohn disease and celiac disease are more prone to lower intestinal absorption of vitamin D.”

Definition: Sublingual (abbreviated SL), from the Latin for “under the tongue”, refers to the pharmacological route of administration by which substances diffuse into the blood through tissues under the tongue.

Even among people with no digestive issues, orally administered medicines and supplements must survive passing through the gastrointestinal system, which exposes these substances to stomach acid, bile and digestive enzymes, which can degrade them. Many substances then pass through the liver (known as first-pass digestion).

While products are generally designed to make it through this process, sublingual administration may offer benefits over oral administration for certain substances as it ensures more of the substance makes it into the bloodstream.

In these instances, sublingual sprays offer a novel and potentially more effective delivery system because the body absorbs the substance faster through the mucosal lining beneath the tongue, which is an area rich in vascular blood supply.

In a study published in the Antimicrobial Agents and Chemotherapy journal, researchers found that the rate of sublingual absorption was greater than that of tablets and that the sublingual administration method offered greater bioavailability.

More specifically, a review published in the International Journal of Pharmaceutical Sciences and Research in 201 on sublingual sprays as a novel delivery system stated that the “absorption of drugs through sublingual route is 3-10 times larger than that presented by oral route”.

Moreover, a sublingual spray is also a quick and convenient method to take your daily dose of vitamin D3, especially for anyone who struggles to swallow tablets or capsules.