Apple Cider Vinegar: a healthful ingredient to add to any nutrition plan 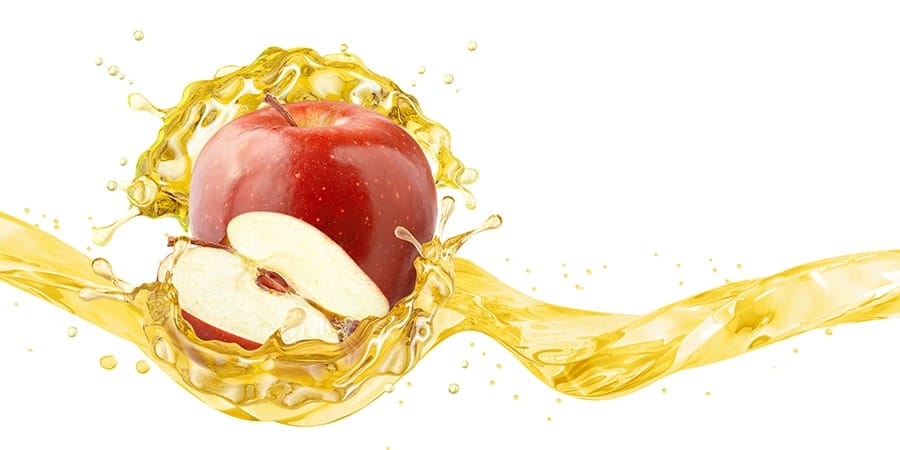 Apple cider vinegar (ACV) has long been revered by proponents of natural medicines and remedies for its numerous health-promoting attributes.

ACV is made through a fermentation process where apples are combined with yeast to convert their natural sugar into alcohol. Bacteria is then added to ferment the alcohol into acetic acid, which is the main active component in the liquid.

The more beneficial form of ACV contains ‘mother of vinegar’, a natural cellulose produced by the vinegar bacteria, along with proteins, enzymes and beneficial bacteria that give the product a murky, cobweb-like appearance. Users can also expect sediment, colour variation and cloudiness in their preferred products.

And it is the acetic acid that supposedly delivers many of ACV’s health-promoting benefits because it has anti-bacterial properties.

ACV was traditionally used as a disinfectant to clean wounds and to treat bacterial infections of the ear, nose and throat. Various online resources also suggest that it can be used to treat fungal infections, acne and warts. This anti-bacterial property also makes it a useful natural preservative.

Additional claims suggest that you can use ACV to aid digestion, ease digestive discomfort, treat acid reflux, and ease nausea and heartburn, among other applications.

ACV also contains various antioxidants such as catechins, gallic acid, caffeic and chlorogenic acid, which offer a variety of health benefits. These include helping to reduce oxidative stress from free radical damage, and gallic acid also seems to have anti-fungal and anti-viral properties.

Scientific studies suggest that ACV can aid nutrient absorption from the food you eat, and that the acetic acid in the vinegar may help to lower cholesterol.

A Japanese study that found that 15ml of apple cider vinegar a day lowered cholesterol levels among study participants who received the solution. (tandfonline.com/doi/pdf/10.1271/bbb.90231)

In another study, published by the American Chemical Society’s Journal of Agricultural and Food Chemistry, drinking acetic acid from vinegar was found to increase good gut bacteria, specifically lactobacillus and bifidobacteria, in mice suffering from ulcerative colitis.

Can ACV help you lose weight?

There are numerous potential weight-loss aids available at Dis-Chem stores that aren’t necessarily found in the supplement aisles. Instead, you may need to look in the food aisles for products like Biogen’s Apple Cider Vinegar (ACV).

ACV is produced during a fermentation process where apples are combined with yeast to convert their natural sugar into alcohol. Bacteria is then added to ferment the alcohol into acetic acid, which is the main active component in the liquid and is seemingly responsible for its various benefits.

Numerous studies have demonstrated that there may be some benefit to including ACV as part of a comprehensive weight-loss plan.

While many studies used small sample sizes, the body of research, conducted in both animal and human trials, has shown that acetic acid from vinegar can increase insulin sensitivity and lower a person’s blood sugar response during and after meals, as well as lower fasting glucose levels.

This not only has the potential to offer some benefit to those suffering from pre-diabetes or diabetes, but also has a beneficial spin-off in terms of promoting weight loss and fat loss.

One of the leading researchers on the health benefits of vinegar is a professor and the associate director of the Nutrition Program at Arizona State University, Dr Carol Johnston.

In one of her studies, the research team found that taking two tablespoons of ACV before bed lowered the waking blood sugar levels of the 11 type-2 diabetic participants in the study by between 4-6%.

In another study, Dr Johnston and her research team gave two groups of participants – one group consisted of sufferers of insulin resistance and the other of otherwise healthy individuals – a 2:1 mix of water and ACV.

They found that drinking this mixture lowered the after-meal blood sugar levels (they ate a meal with a high carb content) of the subjects with insulin resistance by between 19-34%.

The main reason offered for this effect is that acetic acid has been shown to suppress disaccharidase activity and raises glucose-6-phosphate concentrations in skeletal muscle.

This was confirmed in a study performed at Tokyo University in Japan, which determined that the acetic acid found in vinegar inhibits the activity of carbohydrate-digesting enzymes, including sucrase, maltase, lactase and amylase.

This inhibition enables select sugars and starches to pass through the digestive system without being digested, which means they have less impact on blood sugar levels.

The researchers found that body weight, BMI, visceral fat, waist circumference, and serum triglyceride levels were lower in both groups that drank a vinegar solution than in the group that received the placebo (no vinegar). Therefore, they concluded that “daily intake of vinegar might be useful in the prevention of metabolic syndrome by reducing obesity.”

Several other human studies suggest that vinegar can increase satiety. This can help to reduce your total calorie intake, which could assist with weight loss.

This effect was corroborated in a study conducted on mice, which found that giving ACV to mice subjected to a high-fat diet reduced lipid levels. The mice also ate less and lost weight, further demonstrating the satiating effect of apple cider vinegar.

Should you choose to include this natural product in a comprehensive weight-loss plan to complement your diet, training and supplement approach, it is recommended that you stick to raw, unfiltered ACV product like Biogen’s Apple Cider Vinegar.

Products like this contain ‘mother of vinegar’, a natural cellulose produced by the vinegar bacteria, along with proteins, enzymes and beneficial bacteria that give the product a cloudy, cobweb-like appearance.

Either drink it with water or as a 15ml shot before meals to aid digestion, or add it to salads as a dressing.